«Plaggona» the Barbie doll toy of the Ancient Greece

The magic world of the «Plaggona» 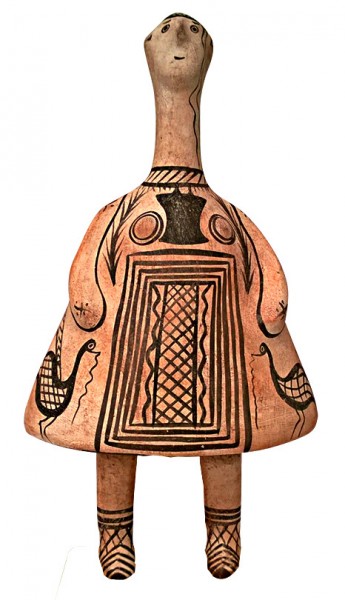 Beautiful, with elegant hairstyles, colorful and with magical qualities, the «plaggona» – an ancient doll toy- was admired by both young and old. The oldest toy in the world evolved from a religious figurine and took the form of a doll to play a major role in the development of young girls in ancient Greek society.

Decisive to this differentiation from religious figurine to doll toy, was the appearance of a modular doll with mobile arms and legs “nevrospaston” (νευρόσπαστο), while the use of a mold helped in its mass production, so that no girl would be left without her beloved doll! Jestingly speaking, we could compare the «plaggona» with today’s «Barbie doll».

The «plaggona» was one of the girls ‘favorite toys in ancient Greece. It was a doll, usually made of clay, with a feminine form and intricate hairstyle. Sometimes the doll’s dressed clothes were painted on the doll, other times the girls would actually use doll clothes made from fabric to dress them.

Small doll items such as coffee tables, cots, vases, etc. completed the magic world of young girls. In addition to giving the joy offered by the toy, the «plaggona» also had an educational nature as it was an introduction of the girls’ role and duties as a woman in ancient Greek society. The «plaggona» dolls became offerings to the goddess Artemis on the eve of the girl’s marriage.

How it was made

Findings of early «plagonnas» have been dated from the 7th century B.C. It seems that this toy originates from religious figurines.

A defining role for the evolution of the doll from the religious figurines was played by the construction of the «Nevrospasto»: clay dolls with movable limbs. Their arms and legs were moving and joined with a thread with the main body («nevro» – nerve).

The dolls’ design and construction was done in the pottery workshops by specialized potters named koroplathos (κοροπλάθος – the modeler of small figures).

Either they were entirely hand sculpted or the koroplathos created a basic shape on the wheel and the details like arms, legs etc were added.

About 500 B.C. the use of the mold was popularized. The modeler first created a matrix and filled it with liquid clay. When the clay was being dried, he removed the shaped doll, he covered the toy with a white coating and used a kiln for firing. After firing the dolls were colored and were ready to be offered. 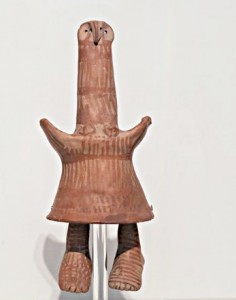 This figurine was the source of inspiration for the mascots of the Athens 2004 Olympic Games, Phevos and Athena. 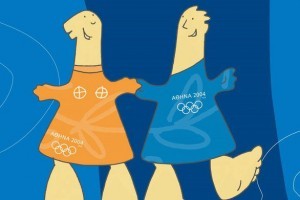 The mascots of the Athens 2004 Olympic Games, Phevos and Athena.

Where we can see them

The «plaggona» was one of the most common toys among children. Αrchaeological excavations have give us a large number of doll findings. Therefore today, we have the opportunity to see «plaggonas» in the collections of many museums, both in Greece and abroad.

An impressive collection of children toys («plaggonas» included) is exhibed at the first floor of the Amfissa Archaeological Museum.

This post is published under permission to thedelphiguide.com and is copyrighted by Greektoys children’s revolution®, an educational project focusing on the following main areas: creating the animated series “Greektoys”, writing articles and making research related to ancient greek toys, composing music and creating the 3D-virtual museum exhibiting ancient greek toys. All these subjects are created in a safe and children-friendly way.

Loading... https://thedelphiguide.com/plaggona-the-barbie-doll-toy-of-the-ancient-greece/https://thedelphiguide.com/wp-content/uploads/2018/03/plag-feat-718x600.jpghttps://thedelphiguide.com/wp-content/uploads/2018/03/plag-feat-150x125.jpg2018-03-29T22:38:20+03:00The EditorCulture of GreeceHistoryAncient Greece,doll toy,PlaggonaThe magic world of the «Plaggona» Beautiful, with elegant hairstyles, colorful and with magical qualities, the «plaggona» – an ancient doll toy- was admired by both young and old. The oldest toy in the world evolved from a religious figurine and took the form of a doll to play a...The EditorThe Editor[email protected]EditortheDelphiGuide.com
Ancient Greece, doll toy, Plaggona 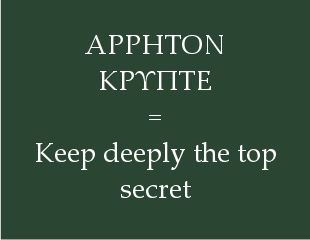 pottery
Useful containers such as bowls, dishes, plates and mugs made from soft clay that is baked hard in an oven called a kiln.
Olympic Games
A religious festival held in honour of Zeus, attended by people from all over Greece.
kiln
Oven heated by wood, charcoal or some other burning fuel for ‘firing’ (heating and hardening) clay pots.
Athens
The capital city of modern Greece. In ancient times, Athens was a powerful city-state with its own government, laws, army and navy.
Athena
The patron goddess of Athens, and goddess of wisdom. A huge statue of Athena stood inside the Parthenon in Athens.
Artemis
Artemis (in Greek: Άρτεμις), one of the Olympian Gods, was the daughter of Zeus and Leto, and the twin sister of Apollo. She was goddess of the hunt, wild animals, wilderness, childbirth, virginity and protector of young girls, bringing and relieving disease in women. In Ancient Rome was name Diana. Under the title of Euclia Artemis (Ευκλεία Άρτεμις), was the protector of the reputation of the city and the familly. Her temple was ususally at the agora.