From Antiquity to our days Delphi has attracted a mixture of people from all over the world. Among them some exceptional persons holding important positions in politics, culture, art, history… Through this series of posts, named “Famous in Delphi”, theDelphiGuide.com will present some of the most predominant persons of our time during their visit to the “Navel of the Earth”… 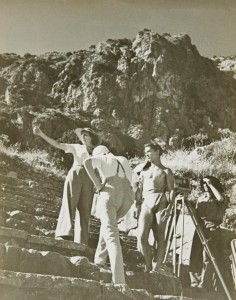 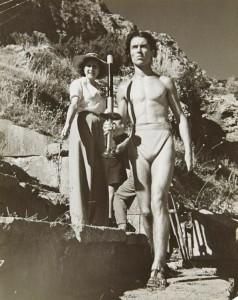 Lenni and Anatol Dobriansky as the Greek torchbearer 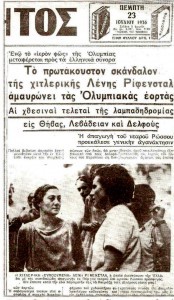 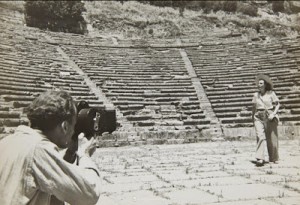 Lenni Riefenstahl working at the Theater of Delphi

Leni Riefenstahl found herself in Delphi in the summer of 1936, as a director of the film “Olympia“, which was dedicated to the Olympic Games in Berlin (that took place that same year). It included scenes from the transfer of the Olympic torch to Germany, an event that was happening for the first time in an Olympiad.

Multi-talented, from an early age, she was involved with dancing, acting and photography, but her career was stigmatized from her collaboration with German Nazi regime, in order to create German propaganda films. 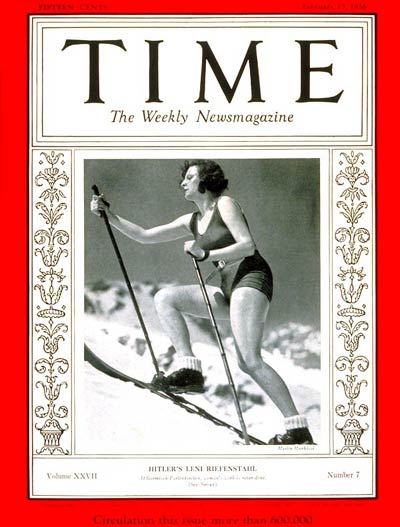 One special event during the coverage of the 1936 Olympic Games in Berlin was that despite being asked by Joseph Goebbels to ignore filming any “Non-Aryan race” athletes, she bluntly disobeyed orders and went ahead to film athletes from all nations and countries, and particularly Olympic champion Jessie Owens. After the defeat of Germany in the World War II, she was jailed and went through trial without being convicted.

Regardless of her pro-Nazi past, Leni Riefenstahl was considered to be an innovative pioneer of filming techniques that were being applied for the very first time, such as the motion of filming cameras on train rails to cover sports events and applying particular film angles that were chosen by her. Film scholar Mark Cousins notes in his book The Story of Film that, “Next to Orson Welles and Alfred Hitchcock, Leni Riefenstahl was the most technically talented Western film maker of her era“

Delphi and the scandal of the “olympian” torchbearer

Her intense personality, apart from her artistic professional life, had an impact on her private life as well; a characteristic example worth mentioned, was her love affair for a young torchbearer she had met at Olympia while shooting the film, in which she too granted him the main protagonist role and then after took him back with her to Berlin.

This particular gossip event did not go unnoticed by the newspapers of the time.

His name was Anatol Dobriansky, a Russian in origin, whose family had left Russia after the October Revolution and had settled in the town of Pyrgos, near Olympia in Greece. Anatol is the runner who appears to be instructed in the film shots to carry the torch-flame from the archaeological site of Delphi.

Loading... https://thedelphiguide.com/leni-riefenstahl-in-delphi/https://thedelphiguide.com/wp-content/uploads/2018/08/Leni_Riefenstahl_on_Time_magazine_1936.jpghttps://thedelphiguide.com/wp-content/uploads/2018/08/Leni_Riefenstahl_on_Time_magazine_1936-114x150.jpg2019-06-01T10:10:38+03:00The EditorFamous in DelphiAnatol Dobriansky,famous in Delphi,Jesse Owens,Joseph Goebbels,Leni Riefenstahl,Olympia (1938 film)From Antiquity to our days Delphi has attracted a mixture of people from all over the world. Among them some exceptional persons holding important positions in politics, culture, art, history... Through this series of posts, named 'Famous in Delphi', theDelphiGuide.com will present some of the most predominant persons of our...The EditorThe Editor[email protected]EditortheDelphiGuide.com
Anatol Dobriansky, famous in Delphi, Jesse Owens, Joseph Goebbels, Leni Riefenstahl, Olympia (1938 film)

« Can we know what music sounded like in Ancient Greece?
Andreas Catanes and Delphi » 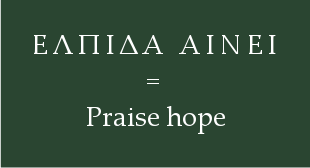 Olympic Games
A religious festival held in honour of Zeus, attended by people from all over Greece.
Delphi
[DEL-fee] (Greek: ΔΕΛΦΟΙ) A city to the west of Athens, with the famous Oracle of Delphi. People went to consult the Oracle for advice from the gods.