ODIN AND DIONYSOS. The Spirit of Laboratory – A Tribute to Eugenio Barba

The European Cultural Center of Delphi, present a tribute to internationally acclaimed theater director Eugenio Barba, at Delphi from 4 to 6 July, 2019. 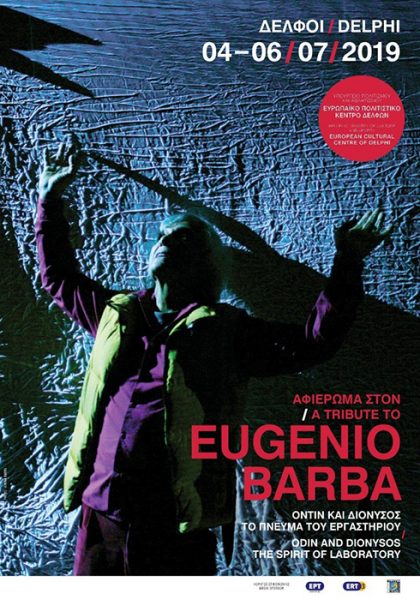 This year’s meeting, the second one following last year’s tribute to Th. Terzopoulos “The return of Dionysos“, in July 2018, is dedicated to Eugenio Barba a director with an astounding theatrical career.

Eugenio Barba has he directed 77 theatrical plays in 68 countries. The world famous director wrote two theatrical books and was granted 24 honorary PhDs from the most prominent universities around the globe.

“The director is the person who, like an army general, has incredible authority.”

Barba is an Italian author and theatre director based in Denmark. He is the founder of the Odin Theatre and the International School of Theatre Anthropology, both located in Holstebro, Denmark.

Although Barba was born in Brindisi, he grew up in Gallipoli in the Province of Lecce, where his family originated from. His family’s socio-economic situation changed significantly when his father, a military officer, was wounded in the Second World War and died soon after.

Upon completing high school at the Nunziatella military academy of Naples in 1954, he abandoned the idea of following his father into the military. Instead, in 1954, he immigrated to Norway to work as a welder and a sailor.

The renowned theatrical figure also took a degree in French and Norwegian literature, and history of religion at Oslo University.

In 1961, he went to Warsaw, Poland to study theatre direction at the State Theatre School, but left one year later to join Jerzy Grotowski, who at that time was the leader of Teatr 13 Rzędów in Opole. Barba stayed with Grotowski for three years.

In 1963, he traveled to India where he had his first encounter with Kathakali, a theatre form which had received little attention in the West up to that time. Barba wrote an essay on Kathakali which was published in Italy, France, the USA and Denmark.

His first book, “Grotowski in search of a Lost Theatre”, was published in Italy and Hungary in 1965.

When Barba returned to Oslo in 1964, he aimed to become a professional theatre director, but as he was a foreigner, he was not welcome in the profession. In this period he became a close friend to Norwegian author and rebel Jens Bjørneboe with whom he wanted to start the theatre group.

Together, they gathered a group of young people who had not passed their admission test to Oslo’s State Theatre School, and created the Odin Teatret on October 1, 1964.

The group trained and rehearsed in an air raid shelter. Their first production, “Ornitofilene”, by Norwegian author Jens Bjørneboe, was performed in Norway, Sweden, Finland and Denmark.

They were subsequently invited by the Danish municipality of Holstebro, a small town in the Northwest, to create a theatre laboratory there. They were offered an old farm and a small sum of money to set them started. Since then, Barba and his colleagues have made Holstebro the base for the Odin Teatret.

During the past forty two years Eugenio Barba has directed 65 productions with Odin Teatret and the Theatrum Mundi Ensemble, some of which have required up to two years of preparation.

Since 1974, Eugenio Barba and Odin Teatret have devised their own way of being present in a social context through the practice of theatre “barter”, an exchange through performance with a community.

In 1979, Barba founded the International School of Theatre Anthropology (ISTA). He is on the advisory boards of scholarly journals such as The Drama Review, Performance Research, New Theatre Quarterly, Teatro e Storia and Teatrología.

Among his most recent publications, translated into several different languages, are “The Paper Canoe” (Routledge), “Theatre: Solitude, Craft, Revolt” (Black Mountain Press), “Land of Ashes and Diamonds”, “My Apprenticeship in Poland”, followed by 26 letters from Jerzy Grotowski to Eugenio Barba (Black Mountain Press) and, in collaboration with Nicola Savarese, “The Secret Art of the Performer” and the revised an updated version: “A Dictionary of Theatre Anthropology” (Centre for Performance Research/ Routledge).

15.30-17:00 : Theatre as a Disruptive Interference in the Community: Barters, Holstebro Festuge (Festive Week).

18.30 OFFICIAL OPENING by Rector Hélène Ahrweiler, President of the Administration Council of the European Cultural Centre of Delphi.

19.00 : VISION OF ODIN. Opening of the video-installation by Stefano di Buduo.

09.00-10.30 : The Dead Brother. Work demonstration on the collaboration with the director. Julia Varley.

11.00-11.15 : FOR A PERFORMANCE POLICY: FROM THE CITIZEN TO THE HUMAN BEING. Marco De Marinis, Professor, University of Bologna.

12.15-12.30 : THE DIONYSIAN STAGE IN THE AGE OF ANTHROPOCENE. Address by Dr. Frank Raddatz, publisher & dramaturg.

17.15-17.30 : THE SPIRIT OF LABORATORY IN THE THEATRE HISTORY. Nicola Savarese, Professor Emeritus, History, Theatre and Performance.

18.45-19.00 : THE VISION OF EUGENIO BARBA FROM THE “FLOATING ISLANDS” OF LAKE TITIKAKA TO THE FIVE CONTINENTS OF HIS THEATRE. Kostas Vantzos, Theatre director and translator.

09.00-11.00 : The Whispering Winds. Work demonstration on the relationship between theatre and dance with Odin Teatret. 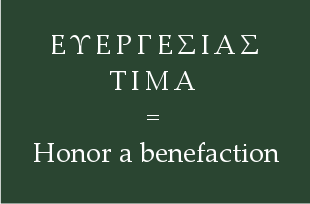 Sophocles
Sophocles (in Greek Σοφοκλής) A writer of plays who died in 406 BC. He was also a general in the army of Pericles. Sophocles wrote tragedies.
Delphi
[DEL-fee] (Greek: ΔΕΛΦΟΙ) A city to the west of Athens, with the famous Oracle of Delphi. People went to consult the Oracle for advice from the gods.
citizen
In Athens a citizen was a person with the right to take part in the assembly, serve on juries and take a turn as a member of the ruling council. Only male Athenians were allowed citizen rights.