Late 4th – early 3rd c. B.C. sculptor Lysippos was an important figure of ancient Greek Art and the favorite sculptor of Alexander the Great. He worked in the transition era between Classical period and Hellenistic period. He wrote the epilogue of the former and proceeded the basic aspects of the latter. Plutarch, in his Life of Alexander, inform us that Lysippos was personal sculptor to Alexander the Great; indeed, he was the only artist whom the conqueror saw fit to represent him.

Other writers at the time, including Pliny, make many references to Lysippos and his style of sculpting. They comment on the grace and elegance, and the symmetria or coherent balance of his figures. They said he produced new and striking versions of the Gods, including Zeus and the Sun-God.

Lysippos was also head of the famous athletic school of Peloponnese, and naturally sculpted many athletes. Most popular at the time as a commission, was a figure of an athlete, scraping his body with a strigil – a curved instrument, used to scrap oil, dirt and sweat from the body. Apoxyomenos (The Scraper) is a known Roman marble copy which can be seen in the Vatican Museum.

The Vatican Apoxyomenos by Lysippus, in the Museo Pio-Clementino, found in Trastevere, 1849.

Statues of distinguished political leaders of that long period were made by his workshop. The amusing fact is that most of them being opponents to each other! In the Sanctuary of Delphi stood, at the same time, the statue of Pelopidas -the Theban General-, the “Krateros Complex” -a Thracian King, allied to the Macedonians-, the “Daochos Complex” -Daochos was Ruler of Pharsala, Thessaly, allied to Philip II of Macedon-, now restored in room XI of the Museum of Delphi. 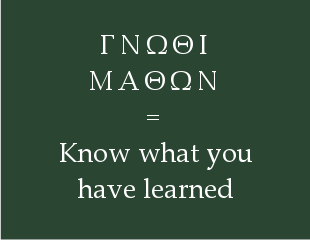 Classical period
Classical period corresponds to most of the 5th and 4th centuries BC (the most common dates being the fall of the last Athenian tyrant in 510 BC and the death of Alexander the Great in 323 BC). The Classical period in this sense follows the Greek Dark Ages and Archaic period and is in turn succeeded by the Hellenistic period.
Hellenistic period
The Hellenistic period lasted from 323 BC, which marked the end of the wars of Alexander the Great, to the annexation of Greece by the Roman Republic in 146 BC. Although the establishment of Roman rule did not break the continuity of Hellenistic society and culture, which remained essentially unchanged until the advent of Christianity, it did mark the end of Greek political independence.
Philip II of Macedon
Philip II of Macedon in Greek: Φίλιππος Β΄ ὁ Μακεδών(382–336 BC) was the king of the kingdom of Macedon from 359 BC until his assassination in 336 BC.He was a member of the Argead dynasty and father of Alexander the Great and Philip III. The rise of Macedon, its conquest and political consolidation of most of Classical Greece was achieved during the reign of Philip II.
Admirals of the Spartans
Sparta placed an imposing votive offering with thirty-seven bronze statues, commemorating their victory at the Battle of Aegospotami (405 B.C.), which marked the end of the Peloponnesian War with the defeat of Athens.
Thessaly
Thessaly (Θεσσαλία, Thessalia) was one of the traditional regions of Ancient Greece. During the Mycenaean period, Thessaly was known as Aeolia, a name that continued to be used for one of the major tribes of Greece, the Aeolians, and their dialect of Greek, Aeolic.
Zeus
[zz YOOS] (Greek: Ζεύς) The king of the gods. Zeus was the most powerful of the ancient Greek gods.
Roman
Roman means “of Rome” or a person from Rome. The Ancient Romans conquered Greece around 146 BC, but admired and copied Greek civilization.
Lysippos
Lysippos (in Greek: Λύσιππος) was a Greek sculptor of the 4th century BC. Together with Scopas and Praxiteles, he is considered one of the three greatest sculptors of the Classical Greek era, bringing transition into the Hellenistic period.
Delphi
[DEL-fee] (Greek: ΔΕΛΦΟΙ) A city to the west of Athens, with the famous Oracle of Delphi. People went to consult the Oracle for advice from the gods.