How fire was given to men – Prometheus

Prometheus is a Titan in Greek mythology, best known as the deity in Greek mythology who was the creator of mankind and its greatest benefactor, who stole fire from Mount Olympus and gave it to mankind. It is reasonable to surmise that fire meant more to ancient people than just a useful tool. Fire also represented the divine spark of wisdom and creativity. During the history, Prometheus became a symbol of striving towards the scientific knowledge and the risk of unintended consequence which could also result in tragedy. Enjoy his story from the pen of James Baldwin.

The story of Prometheus – How fire was given to men

In those old, old times, there lived two brothers who were not like other men, nor yet like those Mighty Ones who lived upon the mountain top. They were the sons of one of those Titans who had fought against Jupiter and been sent in chains to the strong prison-house of the Lower World.

The name of the elder of these brothers was Prometheus, or Forethought; for he was always thinking of the future and making things ready for what might happen to-morrow, or next week, or next year, or it may be in a hundred years to come. The younger was called Epimetheus, or Afterthought; for he was always so busy thinking of yesterday, or last year, or a hundred years ago, that he had no care at all for what might come to pass after a while.

For some cause Jupiter had not sent these brothers to prison with the rest of the Titans.Prometheus did not care to live amid the clouds on the mountain top. He was too busy for that. While the Mighty Folk were spending their time in idleness, drinking nectar and eating ambrosia, he was intent upon plans for making the world wiser and better than it had ever been before.

He went out amongst men to live with them and help them; for his heart was filled with sadness when he found that they were no longer happy as they had been during the golden days when Saturn was king. Ah, how very poor and wretched they were! He found them living in caves and in holes of the earth, shivering with the cold because there was no fire, dying of starvation, hunted by wild beasts and by one another-the most miserable of all living creatures.

“If they only had fire,” said Prometheus to himself, “they could at least warm themselves and cook their food; and after a while they could learn to make tools and build themselves houses. Without fire, they are worse off than the beasts.”

Then he went boldly to Jupiter and begged him to give fire to men, that so they might have a little comfort through the long, dreary months of winter.

“Not a spark will I give,” said Jupiter. “No, indeed! Why, if men had fire they might become strong and wise like ourselves, and after a while they would drive us out of our kingdom. Let them shiver with cold, and let them live like the beasts. It is best for them to be poor and ignorant, that so we Mighty Ones may thrive and be happy.”

Prometheus made no answer; but he had set his heart on helping mankind, and he did not give up. He turned away, and left Jupiter and his mighty company forever.

As he was walking by the shore of the sea he found a reed, or, as some say, a tall stalk of fennel, growing; and when he had broken it off he saw that its hollow center was filled with a dry, soft pith which would burn slowly and keep on fire a long time. He took the long stalk in his hands, and started with it towards the dwelling of the sun in the far east.

“Mankind shall have fire in spite of the tyrant who sits on the mountain top,” he said.

He reached the place of the sun in the early morning just as the glowing, golden orb was rising from the earth and beginning his daily journey through the sky. He touched the end of the long reed to the flames, and the dry pith caught on fire and burned slowly. Then he turned and hastened back to his own land, carrying with him the precious spark hidden in the hollow center of the plant.

He called some of the shivering men from their caves and built a fire for them, and showed them how to warm themselves by it and how to build other fires from the coals. Soon there was a cheerful blaze in every rude home in the land, and men and women gathered round it and were warm and happy, and thankful to Prometheus for the wonderful gift which he had brought to them from the sun.

It was not long until they learned to cook their food and so to eat like men instead of like beasts. They began at once to leave off their wild and savage habits; and instead of lurking in the dark places of the world, they came out into the open air and the bright sunlight, and were glad because life had been given to them.

After that, Prometheus taught them, little by little, a thousand things. He showed them how to build houses of wood and stone, and how to tame sheep and cattle and make them useful, and how to plow and sow and reap, and how to protect themselves from the storms of winter and the beasts of the woods. Then he showed them how to dig in the earth for copper and iron, and how to melt the ore, and how to hammer it into shape and fashion from it the tools and weapons which they needed in peace and war; and when he saw how happy the world was becoming he cried out:

“A new Golden Age shall come, brighter and better by far than the old!”

« Croesus and Delphi
How diseases and cares came among men – Prometheus » 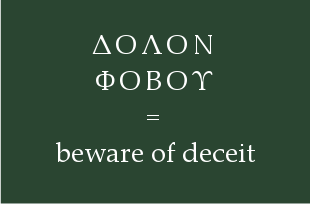 Olympus
Mount Olympus (Όλυμπος, Olympos) is the highest mountain in Greece. Located in the Olympus Range on the border between Thessaly and Macedonia, has 52 peaks, deep gorges. Olympus is notable in Greek mythology as the home of the Greek gods, on Mytikas peak. It is also noted for its exceptional biodiversity and rich flora. It has been a National Park, the first in Greece, since 1938. It is also a World Biosphere Reserve. The highest peak, Mytikas (Μύτικας Mýtikas), meaning "nose", rises to 2.917 metres (9,570 ft). It is one of the highest peaks in Europe in terms of topographic prominence.
nectar
Nectar (in Greek νέκταρ) was originally a name of the food or drink of the gods in Greek mythology. It is closely related to the gods' other form of sustenance, ambrosia. In Homer's poems nectar is usually the drink and ambrosia the food of the gods.The word is derived as a compound of nek, meaning death, and tar, meaning the ability to overcome.
ambrosia
In the ancient Greek myths, ambrosia (in Greek: αμβροσία, "immortality") is sometimes the food or drink of the Greek gods, often depicted as conferring longevity or immortality upon whoever consumed it. It was brought to the gods in Olympus by doves.
Atlas
In Greek mythology, Atlas (in Greek: Ἄτλας) was a Titan condemned to hold up the sky for eternity after the Titanomachy. Although associated with various places, he became commonly identified with the Atlas Mountains in northwest Africa. Atlas was the son of the Titan Iapetus and the Oceanid Asia or Clymene. He had many children, mostly daughters, the Hesperides, the Hyades, the Pleiades, and the nymph Calypso who lived on the island Ogygia.
Titans
In Greek mythology, the Titans (in Greek: Τιτάν, plural: Τiτᾶνες) were members of the second generation of divine beings, descending from the primordial deities and preceding the Olympians. Based on Mount Othrys, the Titans most famously included the first twelve children of Gaia (Mother Earth) and Uranus (Father Sky). They ruled during the legendary Golden Age, and also comprised the first pantheon of Greek deities.
Epimetheus
In Greek mythology, Epimetheus (in Greek: Ἐπιμηθεύς, meaning "afterthinker") was a Titan, the brother of Prometheus. They were the sons of Iapetus, who in other contexts was the father of Atlas. While Prometheus is characterized as ingenious and clever, Epimetheus is depicted as foolish.
Prometheus
In Greek mythology, Prometheus (in Greek Προμηθεύς - meaning "forethought") is a Titan, culture hero, and trickster figure who is credited with the creation of man from clay, and who defies the gods by stealing fire and giving it to humanity, an act that enabled progress and civilization.
Zeus
[zz YOOS] (Greek: Ζεύς) The king of the gods. Zeus was the most powerful of the ancient Greek gods.
tragedy
In theatre, a play with a sad or serious ending, and a moral lesson or teaching.