How diseases and cares came among men – Prometheus

Prometheus is a Titan in Greek mythology, best known as the deity in Greek mythology who was the creator of mankind and its greatest benefactor, who stole fire from Mount Olympus and gave it to mankind. It is reasonable to surmise that fire meant more to ancient people than just a useful tool. Fire also represented the divine spark of wisdom and creativity. During the history, Prometheus became a symbol of striving towards the scientific knowledge and the risk of unintended consequence which could also result in tragedy. Enjoy his story from the pen of James Baldwin.

The story of Prometheus – How diseases and cares came among men

Things might have gone on very happily indeed, and the Golden Age might really have come again, had it not been for Jupiter. But one day, when he chanced to look down upon the earth, he saw the fires burning, and the people living in houses, and the flocks feeding on the hills, and the grain ripening in the fields, and this made him very angry.

“Who has done all this?” he asked.

And some one answered, “Prometheus!”

“What! that young Titan!” he cried. “Well, I will punish him in a way that will make him wish I had shut him up in the prison-house with his kinsfolk. But as for those puny men, let them keep their fire. I will make them ten times more miserable than they were before they had it.”

Of course it would be easy enough to deal with Prometheus at any time, and so Jupiter was in no great haste about it. He made up his mind to distress mankind first; and he thought of a plan for doing it in a very strange, roundabout way.

In the first place, he ordered his blacksmith Vulcan, whose forge was in the crater of a burning mountain, to take a lump of clay which he gave him, and mold it into the form of a woman. Vulcan did as he was bidden; and when he had finished the image, he carried it up to Jupiter, who was sitting among the clouds with all the Mighty Folk around him. It was nothing but a mere lifeless body, but the great blacksmith had given it a form more perfect than that of any statue that has ever been made.

“Come now!” said Jupiter, “let us all give some goodly gift to this woman;” and he began by giving her life.

Then the others came in their turn, each with a gift for the marvelous creature. One gave her beauty; and another a pleasant voice; and another good manners; and another a kind heart; and another skill in many arts; and, lastly, some one gave her curiosity. Then they called her Pandora, which means the all-gifted, because she had received gifts from them all.

Pandora was so beautiful and so wondrously gifted that no one could help loving her. When the Mighty Folk had admired her for a time, they gave her to Mercury, the light-footed; and he led her down the mountain side to the place where Prometheus and his brother were living and toiling for the good of mankind. He met Epimetheus first, and said to him:

“Epimetheus, here is a beautiful woman, whom Jupiter has sent to you to be your wife.”

Prometheus had often warned his brother to beware of any gift that Jupiter might send, for he knew that the mighty tyrant could not be trusted; but when Epimetheus saw Pandora, how lovely and wise she was, he forgot all warnings, and took her home to live with him and be his wife.

Pandora was very happy in her new home; and even Prometheus, when he saw her, was pleased with her loveliness. She had brought with her a golden casket, which Jupiter had given her at parting, and which he had told her held many precious things; but wise Athena, the queen of the air, had warned her never, never to open it, nor look at the things inside.

“They must be jewels,” she said to herself; and then she thought of how they would add to her beauty if only she could wear them. “Why did Jupiter give them to me if I should never use them, nor so much as look at them?” she asked.

The more she thought about the golden casket, the more curious she was to see what was in it; and every day she took it down from its shelf and felt of the lid, and tried to peer inside of it without opening it.

“Why should I care for what Athena told me?” she said at last. “She is not beautiful, and jewels would be of no use to her. I think that I will look at them, at any rate. Athena will never know. Nobody else will ever know.”

She opened the lid a very little, just to peep inside. All at once there was a whirring, rustling sound, and before she could shut it down again, out flew ten thousand strange creatures with death-like faces and gaunt and dreadful forms, such as nobody in all the world had ever seen. They fluttered for a little while about the room, and then flew away to find dwelling-places wherever there were homes of men. They were diseases and cares; for up to that time mankind had not had any kind of sickness, nor felt any troubles of mind, nor worried about what the morrow might bring forth.

These creatures flew into every house, and, without any one seeing them, nestled down in the bosoms of men and women and children, and put an end to all their joy; and ever since that day they have been flitting and creeping, unseen and unheard, over all the land, bringing pain and sorrow and death into every household.

If Pandora had not shut down the lid so quickly, things would have gone much worse. But she closed it just in time to keep the last of the evil creatures from getting out. The name of this creature was Foreboding, and although he was almost half out of the casket, Pandora pushed him back and shut the lid so tight that he could never escape. If he had gone out into the world, men would have known from childhood just what troubles were going to come to them every day of their lives, and they would never have had any joy or hope so long as they lived.

And this was the way in which Jupiter sought to make mankind more miserable than they had been before Prometheus had befriended them. 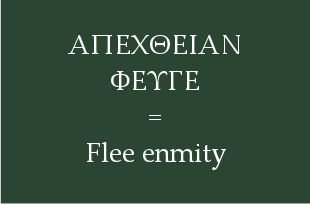 Olympus
Mount Olympus (Όλυμπος, Olympos) is the highest mountain in Greece. Located in the Olympus Range on the border between Thessaly and Macedonia, has 52 peaks, deep gorges. Olympus is notable in Greek mythology as the home of the Greek gods, on Mytikas peak. It is also noted for its exceptional biodiversity and rich flora. It has been a National Park, the first in Greece, since 1938. It is also a World Biosphere Reserve. The highest peak, Mytikas (Μύτικας Mýtikas), meaning "nose", rises to 2.917 metres (9,570 ft). It is one of the highest peaks in Europe in terms of topographic prominence.
Epimetheus
In Greek mythology, Epimetheus (in Greek: Ἐπιμηθεύς, meaning "afterthinker") was a Titan, the brother of Prometheus. They were the sons of Iapetus, who in other contexts was the father of Atlas. While Prometheus is characterized as ingenious and clever, Epimetheus is depicted as foolish.
Prometheus
In Greek mythology, Prometheus (in Greek Προμηθεύς - meaning "forethought") is a Titan, culture hero, and trickster figure who is credited with the creation of man from clay, and who defies the gods by stealing fire and giving it to humanity, an act that enabled progress and civilization.
tragedy
In theatre, a play with a sad or serious ending, and a moral lesson or teaching.
Athena
The patron goddess of Athens, and goddess of wisdom. A huge statue of Athena stood inside the Parthenon in Athens.