Pan was the god of fertility, and the special patron of shepherds and huntsmen; he presided over all rural occupations, was chief of the Satyrs, and head of all rural divinities.

According to the common belief, he was the son of Hermes and a wood nymph, and came into the world with horns sprouting from his forehead, a goat’s beard and a crooked nose, pointed ears, and the tail and feet of a goat, and presented altogether so repulsive an appearance that, at the sight of him, his mother fled in dismay.

Hermes, however, took up his curious little offspring, wrapt him in a hare skin, and carried him in his arms to Olympus. The grotesque form and merry antics of the little stranger made him a great favourite with all the immortals, especially Dionysus; and they bestowed upon him the name of Pan (all), because he had delighted them all.

His favourite haunts were grottoes, and his delight was to wander in uncontrolled freedom over rocks and mountains, following his various pursuits, ever cheerful, and usually very noisy. He was a great lover of music, singing, dancing, and all pursuits which enhance the pleasures of life; and hence, in spite of his repulsive appearance, we see him surrounded with nymphs of the forests and dales, who love to dance round him to the cheerful music of his pipe, the syrinx.

The myth concerning the origin of Pan’s pipe is as follows:—Pan became enamoured of a beautiful nymph, called Syrinx, who, appalled at his terrible appearance, fled from the pertinacious attentions of her unwelcome suitor. He pursued her to the banks of the river Ladon, when, seeing his near approach, and feeling escape impossible, she called on the gods for assistance, who, in answer to her prayer, transformed her into a reed, just as Pan was about to seize her. Whilst the love-sick Pan was sighing and lamenting his unfortunate fate, the winds gently swayed the reeds, and produced a murmuring sound as of one complaining. Charmed with the soothing tones, he endeavoured to reproduce them himself, and after cutting seven of the reeds of unequal length, he joined them together, and succeeded in producing the pipe, which he called the syrinx, in memory of his lost love.

Pan was regarded by shepherds as their most valiant protector, who defended their flocks from the attacks of wolves. The shepherds of these early times, having no penfolds, were in the habit of gathering together their flocks in mountain caves, to protect them against the [173]inclemency of the weather, and also to secure them at night against the attacks of wild animals; these caves, therefore, which were very numerous in the mountain districts of Arcadia, Bœotia, &c., were all consecrated to Pan.

As it is customary in all tropical climates to repose during the heat of the day, Pan is represented as greatly enjoying his afternoon sleep in the cool shelter of a tree or cave, and also as being highly displeased at any sound which disturbed his slumbers, for which reason the shepherds were always particularly careful to keep unbroken silence during these hours, whilst they themselves indulged in a quiet siesta.

Pan was equally beloved by huntsmen, being himself a great lover of the woods, which afforded to his cheerful and active disposition full scope, and in which he loved to range at will. He was regarded as the patron of the chase, and the rural sportsmen, returning from an unsuccessful day’s sport, beat, in token of their displeasure, the wooden image of Pan, which always occupied a prominent place in their dwellings.

All sudden and unaccountable sounds which startle travellers in lonely spots, were attributed to Pan, who possessed a frightful and most discordant voice; hence the term panic terror, to indicate sudden fear. The Athenians ascribed their victory at Marathon to the alarm which he created among the Persians by his terrible voice.

Pan was gifted with the power of prophecy, which he is said to have imparted to Apollo, and he possessed a well-known and very ancient oracle in Arcadia, in which state he was more especially worshipped.

The artists of later times have somewhat toned down the original very unattractive conception of Pan, as above described, and merely represent him as a young man, hardened by the exposure to all weathers which a rural life involves, and bearing in his hand the shepherd’s crook and syrinx—these being his usual attributes—whilst small horns project from his forehead. He is either undraped, or wears merely the light cloak called the chlamys.

The usual offerings to Pan were milk and honey in [174]shepherds’ bowls. Cows, lambs, and rams were also sacrificed to him.

After the introduction of Pan into the worship of Dionysus, we hear of a number of little Pans (Panisci), who are sometimes confounded with the Satyrs.

The Romans had an old Italian divinity called Faunus, who, as the god of shepherds, was identified with the Greek Pan, and represented in a similar manner.

Faunus is frequently called Inuus or the fertilizer, and Lupercus or the one who wards off wolves. Like Pan, he possessed the gift of prophecy, and was the presiding spirit of the woods and fields; he also shared with his Greek prototype the faculty of alarming travellers in solitary places. Bad dreams and evil apparitions were attributed to Faunus, and he was believed to enter houses stealthily at night for this purpose.

Fauna was the wife of Faunus, and participated in his functions.

Loading... https://thedelphiguide.com/pan/https://thedelphiguide.com/wp-content/uploads/2017/04/Sebastiano_Ricci_-_Bacchanal_in_Honour_of_Pan-719x600.jpghttps://thedelphiguide.com/wp-content/uploads/2017/04/Sebastiano_Ricci_-_Bacchanal_in_Honour_of_Pan-150x125.jpg2017-04-02T11:42:34+03:00The EditorMythologygreek mythology,Korykeion Andro,mythology,Pan,Pan's cavePan was the god of fertility, and the special patron of shepherds and huntsmen; he presided over all rural occupations, was chief of the Satyrs, and head of all rural divinities. According to the common belief, he was the son of Hermes and a wood nymph, and came into the...The EditorThe Editor[email protected]EditortheDelphiGuide.com
greek mythology, Korykeion Andro, mythology, Pan, Pan's cave 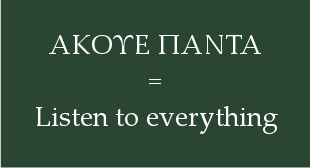 Olympus
Mount Olympus (Όλυμπος, Olympos) is the highest mountain in Greece. Located in the Olympus Range on the border between Thessaly and Macedonia, has 52 peaks, deep gorges. Olympus is notable in Greek mythology as the home of the Greek gods, on Mytikas peak. It is also noted for its exceptional biodiversity and rich flora. It has been a National Park, the first in Greece, since 1938. It is also a World Biosphere Reserve. The highest peak, Mytikas (Μύτικας Mýtikas), meaning "nose", rises to 2.917 metres (9,570 ft). It is one of the highest peaks in Europe in terms of topographic prominence.
Hermes
Hermes (in Greek: Ἑρμῆς, Ermis) is an Olympian god in Greek religion and mythology, the son of Zeus and the Pleiad Maia, and the second youngest of the Olympian gods (Dionysus being the youngest). Hermes was the emissary and messenger of the gods. Hermes was also "the divine trickster" and "the god of boundaries and the transgression of boundaries, ... the patron of herdsmen, thieves, graves, and heralds."
Roman
Roman means “of Rome” or a person from Rome. The Ancient Romans conquered Greece around 146 BC, but admired and copied Greek civilization.
oracle
A religious custom where people asked the Oracle questions or sought advice. The Oracle was supposed to give the answers of the gods.
Marathon
A city in the north-east coast of Attica region. Famous for the battle between the Greeks and Persians.
eromenos
Pederasty in ancient Greece was a socially acknowledged erotic relationship between an adult male (the erastes) and a younger male (the eromenos) usually in his teens.[2] It was characteristic of the Archaic and Classical periods. The influence of pederasty on Greek culture of these periods was so pervasive that it has been called "the principal cultural model for free relationships between citizens."