Hades the King of the Underworld & God of the Death

Hades, King of the Underworld & God of the Death was the old­est male child of Cronus and Rhea. The name even­tu­ally came to also de­scribe the home of the dead as well for Ancient Greeks.

Hades and his broth­ers Zeus and Po­sei­don de­feated their fa­ther and the Ti­tans to end their reign, claim­ing ruler­ship over the cos­mos. The agreed to split their rule with Zeus be­com­ing god of the skies, Po­sei­don god of the sea and Hades god of the un­der­world.

He was later known to the Greeks as Plou­ton, which the Ro­mans plu­ral­ized to Pluto. The god of the un­der­world was mar­ried to Perse­phone, the daugh­ter of Deme­ter, whom he ob­tained through de­cep­tion after ab­duct­ing her to the un­der­world and giv­ing her the for­bid­den fruit pome­gran­ate, forc­ing her to re­main in the un­der­world with him for one third of each year.

Loading... https://thedelphiguide.com/hades-the-king-of-the-underworld-god-of-the-death/https://thedelphiguide.com/wp-content/uploads/2016/09/Hades2.jpghttps://thedelphiguide.com/wp-content/uploads/2016/09/Hades2-150x112.jpg2019-02-27T09:17:33+03:00The EditorMythologyAcheron,Amnient Greece,Cerberus,Cocytus,greek mythology,Hades,King of the Underworld,Lethe,Persephone,Phlegethon,Pluto,StyxHades, King of the Underworld & God of the Death was the old­est male child of Cronus and Rhea. The name even­tu­ally came to also de­scribe the home of the dead as well for Ancient Greeks. Hades and his broth­ers Zeus and Po­sei­don de­feated their fa­ther and the Ti­tans to...The EditorThe Editor[email protected]EditortheDelphiGuide.com
Acheron, Amnient Greece, Cerberus, Cocytus, greek mythology, Hades, King of the Underworld, Lethe, Persephone, Phlegethon, Pluto, Styx 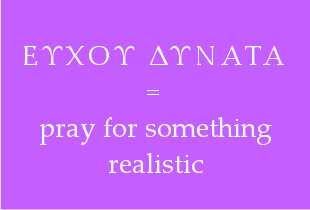 Acheron
The Acheron (in Ancient Greek: Ἀχέρων - Acheron) is a river located in the Epirus region of northwest Greece. Its source is near the village Zotiko, in the southwestern part of the Ioannina regional unit and it flows into the Ionian Sea in Ammoudia, near Parga. In ancient Greek mythology, Acheron was known as the "river of woe", and was one of the five rivers of the Greek underworld. In the Homeric poems the Acheron was described as a river of Hades, into which Cocytus and Phlegethon both flowed.
Hades
Hades (in Greek: ᾍδης, Háidēs) was the ancient Greek chthonic god of the underworld, which eventually took his name. In Greek mythology, Hades was regarded as the oldest son of Cronus and Rhea, although the last son regurgitated by his father. He and his brothers Zeus and Poseidon defeated their father's generation of gods, the Titans, and claimed ruler-ship over the cosmos. Hades received the underworld, Zeus the sky, and Poseidon the sea, with the solid earth—long the province of Gaia—available to all three concurrently. Hades was often portrayed with his three-headed guard dog Cerberus.
Demeter
In ancient Greek religion and mythology, Demeter (in attic Greek Δημήτηρ, Dēmḗtēr, doric Greek: Δαμάτηρ Dāmā́tēr) is the goddess of the grain, agriculture, harvest, growth, and nourishment, who presided over grains and the fertility of the earth. Her cult titles include Sito (Σιτώ), "she of the Grain", as the giver of food or grain, and Thesmophoros (θεσμός, thesmos: divine order, unwritten law; φόρος, phoros: bringer, bearer), "Law-Bringer", as a mark of the civilized existence of agricultural society.
Persephone
In Greek mythology, Persephone (in Greek: Περσεφόνη, persefoni), also called Kore (Κόρη, kori, "the maiden"), is the daughter of Zeus and Demeter and is the queen of the underworld. Homer describes her as the formidable, venerable majestic princess of the underworld, who carries into effect the curses of men upon the souls of the dead.
Zeus
[zz YOOS] (Greek: Ζεύς) The king of the gods. Zeus was the most powerful of the ancient Greek gods.
sacrifice
A gift made to the gods. For example, pieces of meat could be burned on an altar as a sacrifice.
Lethe
Lethe was one of the five rivers of the underworld of Hades. Lethe was also the name of the Greek spirit of forgetfulness and oblivion, with whom the river was often identified.
Cronus
In Greek mythology, Cronus, or Kronos (in Greek: Κρόνος, krónos), was the leader and youngest of the first generation of Titans, the divine descendants of Uranus (the sky), and Gaia (the earth). He overthrew his father and ruled during the mythological Golden Age, until he was overthrown by his own son Zeus and imprisoned in Tartarus.
Rhea
Rhea (Greek: Ῥέα) is the Titaness daughter of the earth goddess Gaia and the sky god Uranus, in Greek mythology and sister and wife to Cronus. In early traditions, she is known as “the mother of gods”.