From Athens to Delphi on horseback

The Editor Delphi Travel No Comment
American poet and traveler Bayard Taylor was visiting Greece back in 1858. He wrote several books about his travels in Europe. In a 1914 book, he published his trip from Athens to Delphi on horseback. Enjoy the ride!

FROM ATHENS TO DELPHI ON HORSEBACK
BY
BAYARD TAYLOR

We left Athens on the 13th of April, for a journey to Parnassus and the northern frontier of Greece. It was a teeming, dazzling day, with light scarfs of cloud-crape in the sky, and a delicious breeze from the west blowing through the pass of Daphne.

The Gulf of Salamis was pure ultramarine, covered with a velvety bloom, while the island and Mount Kerata swam in transparent pink and violet tints. Crossing the sacred plain of Eleusis, our road entered the mountains—lower offshoots of Cithæron, which divide the plain from that of Bœotia…. We climbed the main ridge of the mountains; and, in less than an hour, reached the highest point—whence the great Bœotian plain suddenly opened upon our view. In the distance gleamed Lake Capaïs, and the hills beyond; in the west, the snowy top of Parnassus, lifted clear and bright above the morning vapors; and, at last, as we turned a shoulder of the mountain in descending, the streaky top of Helicon appeared on the left, completing the classic features of the landscape….

As we entered the plain, taking a rough path toward Platæa, the fields were dotted, far and near, with the white Easter shirts of the people working among the vines. Another hour, and our horses’ hoofs were upon the sacred soil of Platæa. The walls of the city are still to be traced for nearly their entire extent. They are precisely similar in construction to those of Œnoë—like which, also, they were strengthened by square towers. There are the substructions of various edifices—some of which may have been temples—and on the side next the modern village lie four large sarcophagi, now used as vats for treading out the grapes in vintage-time. A more harmless blood than once curdled on the stones of Platæa now stains the empty sepulchers of the heroes. We rode over the plain, fixt the features of the scene in our memories, and then kept on toward the field of Leuktra, where the brutal power of Sparta received its first check. The two fields are so near, that a part of the fighting may have been done upon the same ground….

I then turned my horse’s head toward Thebes, which we reached in two hours. It was a pleasant scene, tho so different from that of two thousand years ago. The town is built partly on the hill of the Cadmeion, and partly on the plain below. An aqueduct, on mossy arches, supplies it with water, and keeps its gardens green. The plain to the north is itself one broad garden to the foot of the hill of the Sphinx, beyond which is the blue gleam of a lake, then a chain of barren hills, and over all the snowy cone of Mount Delphi, in Eubœa. The only remains of the ancient city are stones; for the massive square tower, now used as a prison, can not be ascribed to an earlier date than the reign of the Latin princes….

The next morning we rode down from the Cadmeion, and took the highway to Livadia, leading straight across the Bœotian plain. It is one of the finest alluvial bottoms in the world, a deep, dark, vegetable mold—which would produce almost without limit, were it properly cultivated.

Before us, blue and dark under a weight of clouds, lay Parnassus; and far across the immense plain the blue peaks of Mount Oeta. In three hours we reached the foot of Helicon, and looked up at the streaks of snow which melt into the Fountain of the Muses….

As we left Arachova, proceeding toward Delphi, the deep gorge opened, disclosing a blue glimpse of the Gulf of Corinth and the Achaian mountains.

Tremendous cliffs of blue-gray limestone towered upon our right, high over the slope of Delphi, which ere long appeared before us.

Our approach to the sacred spot was marked by tombs cut in the rock. A sharp angle of the mountain was passed; and then, all at once, the enormous walls, buttressing the upper region of Parnassus, stood sublimely against the sky, cleft right through the middle by a terrible split, dividing the twin peaks which gave a name to the place.

At the bottom of this chasm issue forth the waters of Castaly, and fill a stone trough by the road-side. On a long, sloping mountain- terrace, facing the east, stood once the town and temples of Delphi, and now the modern village of Kastri.

As you may imagine, our first walk was to the shrine of the Delphic oracle, at the bottom of the cleft between the two peaks. The hewn face of the rock, with a niche, supposed to be that where the Pythia sat upon her tripod, and a secret passage under the floor of the sanctuary, are all that remain.

The Castalian fountain still gushes out at the bottom, into a large square enclosure, called the Pythia’s Bath, and now choked up with mud, weeds, and stones.

Among those weeds, I discerned one of familiar aspect, plucked and tasted it. Watercress, of remarkable size and flavor! We thought no more of Apollo and his shrine, but delving wrist-deep into Castalian mud, gathered huge handfuls of the profane herb, which we washed in the sacred front, and sent to François for a salad….

As the sun sank, I sat on the marble blocks and sketched the immortal landscape. High above me, on the left, soared the enormous twin peaks of pale-blue rock, lying half in the shadow of the mountain slope upheaved beneath, half bathed in the deep yellow luster of sunset.

Before me rolled wave after wave of the Parnassian chain, divided by deep lateral valleys, while Helicon, in the distance, gloomed like a thunder-storm under the weight of gathered clouds.

Across this wild, vast view, the breaking clouds threw broad belts of cold blue shadow, alternating with zones of angry orange light, in which the mountains seemed to be heated to a transparent glow.

The furious wind hissed and howled over the piles of ruin, and a few returning shepherds were the only persons to be seen. And this spot, for a thousand years, was the shrine where spake the awful oracle of Greece.

Bayard Taylor (January 1825 – December 1878) was an American poet, literary critic, translator, travel author, and diplomat. More information about the author at the online literature and at the wikipedia.

Loading... https://thedelphiguide.com/from-athens-to-delphi-on-horseback/https://thedelphiguide.com/wp-content/uploads/2017/08/book-cover.jpghttps://thedelphiguide.com/wp-content/uploads/2017/08/book-cover-97x150.jpg2017-08-09T21:29:28+03:00The EditorDelphi Travel19th century,Bayard Taylor,Delphi,travelAmerican poet and traveler Bayard Taylor was visiting Greece back in 1858. He wrote several books about his travels in Europe. In a 1914 book, he published his trip from Athens to Delphi on horseback. Enjoy the ride! Seeing Europe with Famous Author... SELECTED AND EDITED WITH INTRODUCTIONS, ETC. BY FRANCIS...The EditorThe Editor[email protected]EditortheDelphiGuide.com
19th century, Bayard Taylor, Delphi, travel 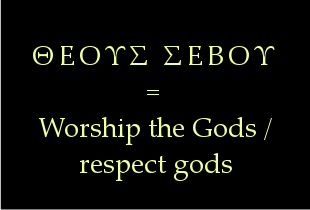 Pythia
The Pythia (in Greek: Πυθία) was the name of the high priestess of the Temple of Apollo at Delphi who also served as the oracle. The Pythia was established at the latest in the 8th century BC and is commonly known as the Oracle of Delphi.
Muses
The Muses (in Ancient Greek: Μοῦσαι, Moũsai) are the inspirational goddesses of literature, science, and the arts in Greek mythology. They were considered the source of the knowledge embodied in the poetry, lyric songs, and myths that were related orally for centuries in these ancient cultures. They were later adopted by the Romans as a part of their pantheon.
tripod
support, normally bronze, for a deep lebes. Frequently the two items together are simply referred to as a tripod, and had various ritual uses.
Sparta
Sparta (in Greek: Σπάρτη) A city-state in southern Greece. The Spartans were famous for their strict military training and powerful army.
oracle
A religious custom where people asked the Oracle questions or sought advice. The Oracle was supposed to give the answers of the gods.
Delphi
[DEL-fee] (Greek: ΔΕΛΦΟΙ) A city to the west of Athens, with the famous Oracle of Delphi. People went to consult the Oracle for advice from the gods.
Corinth
[COH-rinth] A city-state in southern Greece, famous for its pottery and overland ship-track. Someone or something from Corinth is known as Corinthian.
Athens
The capital city of modern Greece. In ancient times, Athens was a powerful city-state with its own government, laws, army and navy.