The Editor Museums & Archaeological sites, What to do 1 Comment

Located in Chrisso, just 4km from Delphi, this wonderful folk museum exhibits a collection of costumes dating back to the 18th century originating from both the region of Phokida, Central Greece, and the rest of Greece.

Besides regional costumes also included in the collection are guns and swords, dating back to 1821 and the Greek War of Independence, rare prints, paintings, furniture, lace, embroideries and everyday life objects.

The collection has been amassed over 40 years by Ilias Daradimos. It was donated by the collector to Chrisso, his birthplace, as the nucleus and main exhibit of the newly founded «Chrisso Folk Museum».

The museum is housed in the building of the «Ancient School» of Chrisso. The costume collection is presented in a series of rooms on the first floor, each covering a region of Greece. In addition there are displays of lace, headscarves, belts, bags, etc. from all over Greece.

It is a fascinating portrayal of the many different styles of costumes worn in Greece and provides a unique opportunity to appreciate the work and artistry that went into their manufacture.

A Video of the Chrisso Folk Museum from youtube

The museum is open each day from 10.00 to 14.00 (other hours by appointment) and entrance costs two euros. Groups are welcome.

A few words about the greek folk costumes

Of the various forms of Greek folk and popular arts, the category of attire presents the most regional differentiation. Traditional Greek costume was self-contained social entity that operated on multiple sociological levels (practical, aesthetic, signifying, symbolic) and could communicate the individual’s socioeconomic standing, along with age and marital status.

The way in which a particular garment or accessory was worn, or its colour or ornamentation could interpret collective or personal events, such as the passage from one life stage to another.

The enormous diversity of styles that appeared in greater Greece was directly shaped by the specific area’s local customs and social structure. Stylistically speaking, traditional Greek costumes can be divided two categories: island types and mainland types. Keep in mind that these main categories can be subdivided into specific distinctions such as peasant or urban, female or male, everyday or festive and bridal, etc.

The “Old School” building was, most probably, built during the 1890’s. It is a neoclassical building following the building style of the first series of schools built all over Greece after the independence by Governor Kapodistrias in the 1830’s and 1840’s.

The construction was entrusted to a foreign engineer, possibly Ernst Ziller, a reputed German architect who had built many schools in Greece.

Originally the building housed the local court of law, the school of Chrisso, and the municipality offices. The school had about 200 students from the area (Delphi, Sernikaki, and Desfina).

Later on the «Old School» housed only the elementary school and the local office of the Telegraph & Phone company.

The building is constructed on a terrain of 1.306 square meters. It is comprised of a ground floor, an inter floor, a first floor and a wooden roof covered with «roman» type terracotta tiles. The ground floor is made out of stone load bearing walls while the second floor walls are made out of bricks.

The elementary school was housed here until 1978. The municipal clinic and offices are still located in this historic building.

In 1979 the «Old School» of Chrisso was registered as a «Protected Historical Building» by the Ministry of Culture and since 2005 is the house of the «Chrisso Folk Museum».

Ernst Moritz Theodor Ziller (Greek: Ερνέστος Τσίλλερ, Ernestos Tsiller; 22 June 1837, Serkowitz (now part of Radebeul-Oberlößnitz) – 4 November 1923, Athens) was a Saxon architect who later became a Greek national, and in the late 19th and early 20th centuries was a major designer of royal and municipal buildings in Athens, Patras and other Greek cities.

Loading... https://thedelphiguide.com/chrisso-folk-museum/https://thedelphiguide.com/wp-content/uploads/2017/08/Chrisso-Folk-Museum-school-visitors2-800x600.jpghttps://thedelphiguide.com/wp-content/uploads/2017/08/Chrisso-Folk-Museum-school-visitors2-150x113.jpg2017-08-16T12:20:58+03:00The EditorMuseums & Archaeological sitesWhat to doChrisso Folk Museum,greek costumes,greek folklorLocated in Chrisso, just 4km from Delphi, this wonderful folk museum exhibits a collection of costumes dating back to the 18th century originating from both the region of Phokida, Central Greece, and the rest of Greece. Besides regional costumes also included in the collection are guns and swords, dating back...The EditorThe Editor[email protected]EditortheDelphiGuide.com
Chrisso Folk Museum, greek costumes, greek folklor 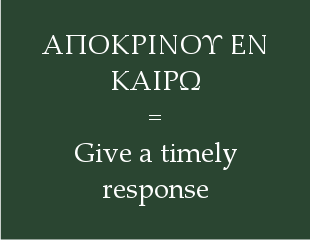 Greek War of Independence
The Greek War of Independence, also known as the Greek Revolution (in Greek: Ελληνική Επανάσταση, Elliniki Epanastasi) , also referred to by Greeks in the 19th century as the Αγώνας, Agonas, "Struggle", was a successful war of independence waged by Greek revolutionaries against the Ottoman Empire between 1821 and 1830.
Roman
Roman means “of Rome” or a person from Rome. The Ancient Romans conquered Greece around 146 BC, but admired and copied Greek civilization.
Delphi
[DEL-fee] (Greek: ΔΕΛΦΟΙ) A city to the west of Athens, with the famous Oracle of Delphi. People went to consult the Oracle for advice from the gods.
Athens
The capital city of modern Greece. In ancient times, Athens was a powerful city-state with its own government, laws, army and navy.