The Editor History 1 Comment
A 1800 years old brief overview of the Pythian Games!

The old­est con­test and the one for which they first of­fered prizes was, ac­cord­ing to tra­di­tion, the singing of a hymn to the gods. The man who sang and won the prize was Chrysothemis of Crete, whose fa­ther Car­manor is said to have cleansed Apollo. After Chrysothemis, says tra­di­tion, Phil­am­mon won with a song, and after him his son Thamyris. But they say that Or­pheus, a proud and con­ceited man about his mys­ter­ies, and Musaeus, who copied Or­pheus in every­thing, re­fused to sub­mit to the com­pe­ti­tion in mu­si­cal skills.

They say too that Eleuther won a Pythian vic­tory for his loud and sweet voice, for the song that he sang was not of his own com­po­si­tion. The story is that Hes­iod too was de­barred from com­pet­ing be­cause he had not learned to ac­com­pany his own singing on the harp. Homer too, came to Del­phi to in­quire about his needs, but even though he had learned to play the harp, he would have found the skill use­less, owing to the loss of his eye-sight.

On that oc­ca­sion they also of­fered for the first time prizes for ath­letes, the com­pe­ti­tions being the same as those at Olympia, ex­cept the four-horse char­iot race, and the Del­phi­ans them­selves added to the con­tests run­ning-races for boys, the long course and the dou­ble course. At the sec­ond Pythian Fes­ti­val they no longer of­fered prizes for events, and here­after gave a crown for vic­tory. On this oc­ca­sion they no longer in­cluded singing to the flute, think­ing that the music was ill-omened to lis­ten to. For the tunes of the flute were most dis­mal, and the words sung to the tunes were lamen­ta­tions.

When he won a vic­tory at the games of the Am­ph­ic­tyons,

Singing for the Greeks tunes and lamen­ta­tions.

The rea­son why a crown of lau­rel is the prize for a Pythian vic­tory is in my opin­ion sim­ply and solely be­cause the pre­vail­ing tra­di­tion has it that Apollo fell in love with the daugh­ter of Ladon.

Loading... https://thedelphiguide.com/the-pythian-games-mythical-history/https://thedelphiguide.com/wp-content/uploads/2016/10/Delphi_Stadium_stamp-800x497.jpghttps://thedelphiguide.com/wp-content/uploads/2016/10/Delphi_Stadium_stamp-150x93.jpg2019-02-27T09:14:29+03:00The EditorHistoryAncient Greece,ancient Greek games,Delphi,Delphi Greece,Pausanias,pythian games,travel,travel to GreeceA 1800 years old brief overview of the Pythian Games! The old­est con­test and the one for which they first of­fered prizes was, ac­cord­ing to tra­di­tion, the singing of a hymn to the gods. The man who sang and won the prize was Chrysothemis of Crete, whose fa­ther Car­manor is...The EditorThe Editor[email protected]EditortheDelphiGuide.com
Ancient Greece, ancient Greek games, Delphi, Delphi Greece, Pausanias, pythian games, travel, travel to Greece 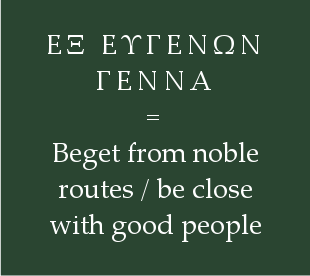 Pausanias
Pausanias (in Greek: Παυσανίας, c. AD 110 – c. 180) was an Ancient Greek traveler and geographer of the second century AD. He is famous for his "Description of Greece" (Ancient Greek: Ἑλλάδος Περιήγησις, Hellados Periegesis),a lengthy work that describes ancient Greece from his first-hand observations.
Pythian games
The Pythian games were held at Delphi. In early times, a contest in singing a hymn for the god Apollo was held there every eight years. In 586 B.C. the Amphictyony took control of the sanctuary and added other musical events - in which quite early women could take part as well - and sports contests to the games. The year 586 BC is therefore considered the foundation date of the Pythian games. The Pythian games belonged to the periodos and were held every four years in the summer, always in the third year of an olympiad. Even after the introduction of sports contests the musical events remained the most important. They came first in the program:
Homer
Said to be the author of the two long poems, The Iliad and The Odyssey, but nothing is really known about him.
Delphi
[DEL-fee] (Greek: ΔΕΛΦΟΙ) A city to the west of Athens, with the famous Oracle of Delphi. People went to consult the Oracle for advice from the gods.