Hommage à Apollon (Tribute to Apollo) by Takis is a sculpture made of iron, a photovoltaic panel and plexiglas. A huge kinetic sculpture based on photovoltaic energy, transforming sunlight to electricity.

“Hommage à Apollon” is the largest sculpture set in a public area in Greece and it’s located in the gardens of the European Cultural Centre of Delphi, next to the main entrance of the Conference Centre. Takis disclosed his solar energy sculpture in Delphi in June 2000 as part of the exhibition “Leading Artists of the 20th Century – Takis – Chryssa” organized by the ECCD.

«It captures solar energy which turns the propeller. The propeller is a reflection of the solar energy and when set in motion it reminds the viewer of the sun. This technology can be compared to the technology of the lost continent of Atlantis», the artist stated when he set up his work in June 2000.

Born Panayiotis Vassilakis in Athens in 1925, the artist grew up in the shadow of World War II and the Greek Civil War. Without money to pay for a formal art education, he largely taught himself, assembling a varied curriculum that included philosophy, poetry, science, and the arts.

A fan of Giacometti and ancient Greek sculptures, his earliest works were elongated sculptures of figures in cast metal and plaster.

The artist’s horizons broadened further when he moved to Paris in 1954, where he was introduced to the avant-garde work of Yves Klein and Jean Tinguely and developed his own antennae-like sculptures and avant-garde performances.

It was during this fertile period that he began to experiment with what would become his signature medium: magnets. He has said he was searching for a material that would allow him to channel energy, the cosmos, and the forces of nature through his art.

The potential of electromagnetism was made clear in his 1960 work titled The Impossible – Man in Space. Using an elaborate system of magnets, he floated the South African Beat poet Sinclair Beiles in mid-air at the Iris Cert Gallery in Paris while the writer read one of his poems, aptly titled «Magnetic Manifesto» aloud.

It was this kind of fearless creativity and off-the-wall inventiveness that earned Takis the admiration of artistic giants like Marcel Duchamp, who called him the «cheerful ploughman of magnetic fields». John Lennon was also a fan, having been introduced to the artist’s work in London at the legendary artist-run gallery Signals. The space had, in fact, taken its name from a series of sculptures by Takis that incorporated red and green traffic lights. 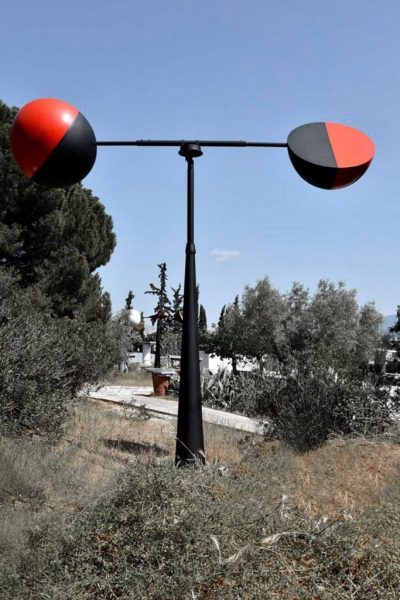 Takis traveled to the United States in 1968 to take up a scholarship at the Massachusetts Institute of Technology. There, he continued to experiment with sound and technology. He even invented a machine that produced electricity out of the movement of waves. (The artist took out several other patents as well.)

During an exhibition titled The Machine as Seen at the End of the Mechanical Age at MOMA New York, Takis storms into the Museum and removes one of his Télésculptures, which he claims is being exhibited without his permission. 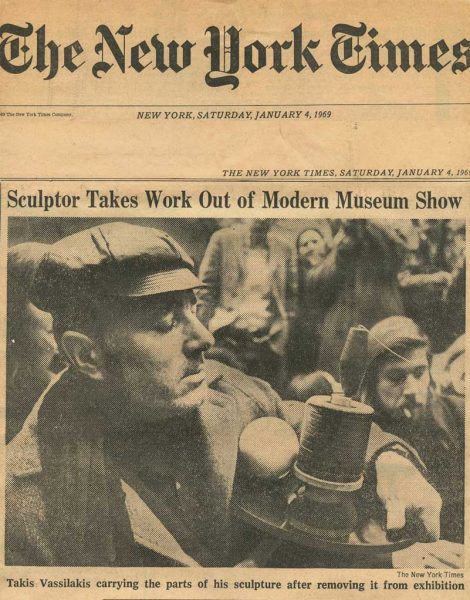 The artist considers this action to be a symbolic one, as it will be the trigger for a more profound communication between museum managers, artists and the public. The incident makes the front page of the New York Times.

When he eventually returned to Paris in the mid-1970s, his interest in the cosmos and philosophy, coupled with his virtuoso skill in transforming scrap metal and employing electromagnetism, resulted in memorable kinetic sound pieces and musical devices.

Takis returned to his home city of Athens in 1986, where he began building what became the Research Center for the Arts and Sciences in 1993. He installed his monumental sound pieces in its open-air theater. They include the thunderous Silver Musical Sphere, as well as giant Gong, which is made from the rusted wall of an oil tank. 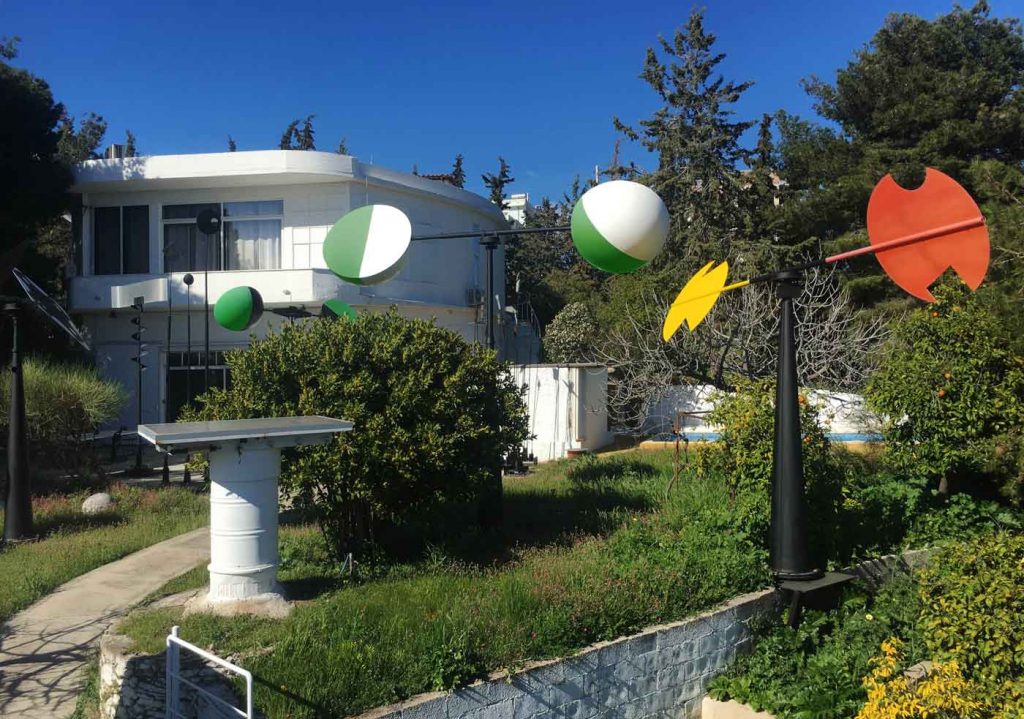 The artist enjoyed major surveys at the Palais de Tokyo in Paris and the Menil Collection in Houston in 2015. (The Texas institution’s founders, Dominique and John de Menil, were significant early supporters of Takis’s work.) His work was also included in the 2017 edition of Documenta in Kassel. 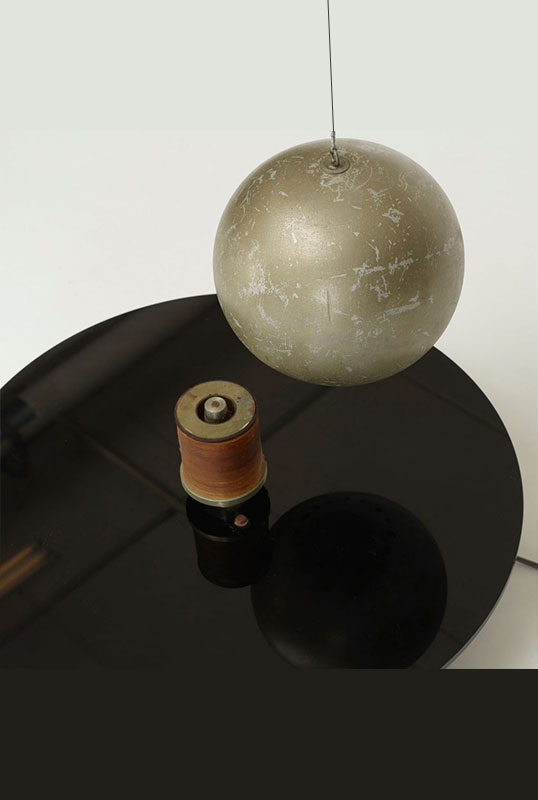 Tate Modern in collaboration with MACBA Museu d’Art Contemporani de Barcelona and the Museum of Cycladic Art, Athens​, organized the largest exhibition of Takis’s work ever held in the UK, bringing together over 70 works. 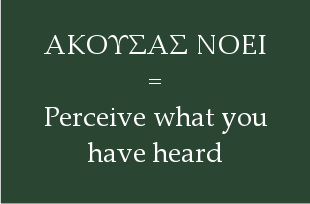 Delphi
[DEL-fee] (Greek: ΔΕΛΦΟΙ) A city to the west of Athens, with the famous Oracle of Delphi. People went to consult the Oracle for advice from the gods.
Athens
The capital city of modern Greece. In ancient times, Athens was a powerful city-state with its own government, laws, army and navy.